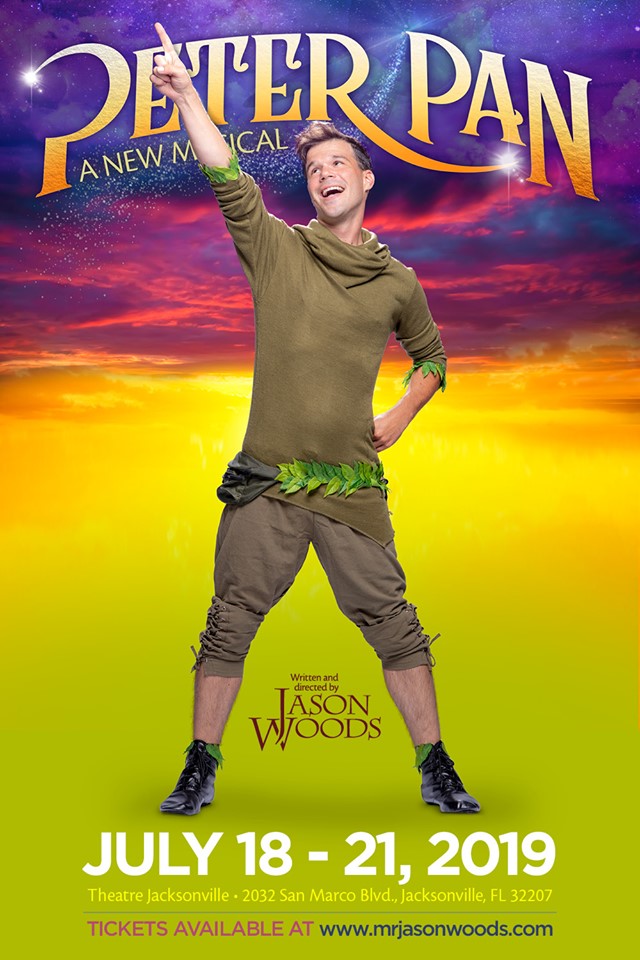 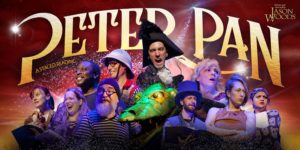 A new adaptation of Peter Pan with original music and songs returns for an encore performances this weekend. Peter Pan: A Staged Reading runs July 18-21 at Theatre Jacksonville.

Peter Pan: A Staged Reading is written and directed by Jason Woods, who says he originally got interested in getting into theater after seeing a performance of Peter Pan.

Woods adapted his original show from the book, but put his own magical twist on it. His production features different relationships, new characters and campy humor.

“This is not the Peter Pan you may know,” Woods said. “It’s more geared for adults, but kids who see the show are still swept away. And in the end, the story still has the heart of the book.”

Woods, who has staged shows such as St. George & the Dragon, Mr. Toad’s Wild Expedition and A Christmas Carol, wrote, composed original music and songs and created puppets for the production. Peter Pan: A Staged Reading features an all-star and talented ensemble cast. The show received rave reviews from audiences when it was originally staged in February.

Curtain is at 7:30 p.m. Thursday through Saturday. There will be matinee performances at 2 p.m. on Saturday and Sunday.

Tickets are $25 general admission, $20 for children and seniors. The show is not recommended for children under age 4.

While Theatre Jacksonville is the host venue, tickets are not available at the box office. Purchase tickets on Eventbrite.