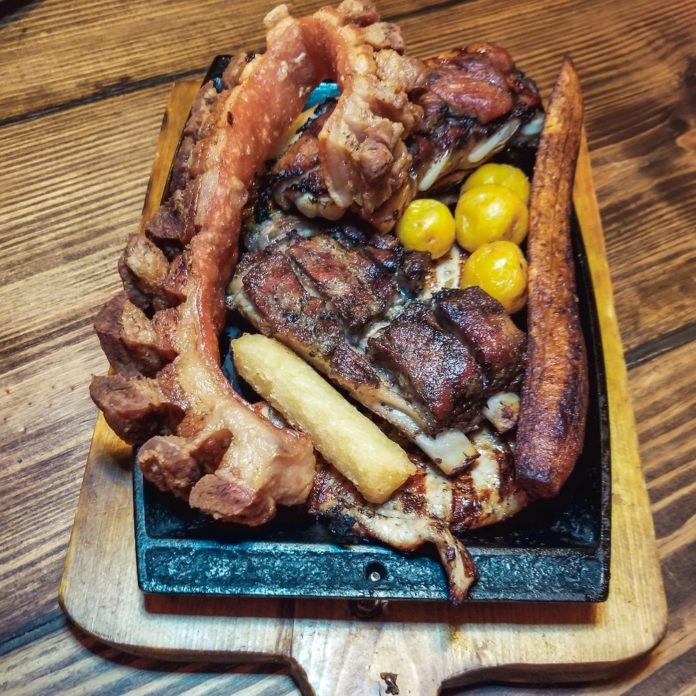 I had heard good things so I had to check for myself. My friend and I decided to share the
Salento Combination Special for two which was a meatlovers dream. It had steak, grilled chicken ribs, pork, chorizo and chicharrons.

They gave us the choice of three sides as well. The portions for the sides were pretty small but tasty. We tried the fried yucca, the potatoes and the sweet plantains. The yucca was fabulous nice and crispy with super soft center. And the plantains was served as one half of a plantain. It was sweet and still firm unlike many places it wasn’t too soft and mushy. As for the meat the specialty blended chorizo was fantastic with a nice hint of spice. The owner has his own recipe which he gets made for the restaurant and I have to say I was impressed.

They asked us what temperature we wanted the steak but it was so thin that medium was out of the question. When you added the Chimichurri sauce helped gove all the meats flavor as well as the nice house-made hot sauce. The chicken was grilled nicely but a little tough I assume because it was a very thin piece of breast. The ribs and pork were very tasty and juicy and that hot sauce on top was icing on the cake. And the chicharron was perfect with just the right amount of crunch and tenderness.

I would love to come back and explore options on the extensive menu. 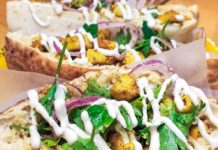 A Taste of Israel from Sabra Cafe 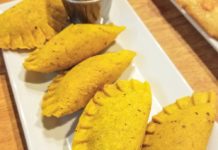 Empanada Factory is all that and a bag of chips! 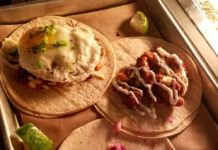 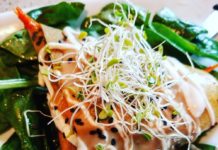 Trip to St. Augustine for a Vegan feast 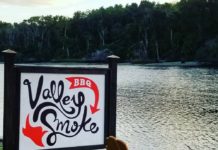 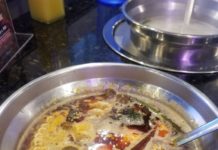