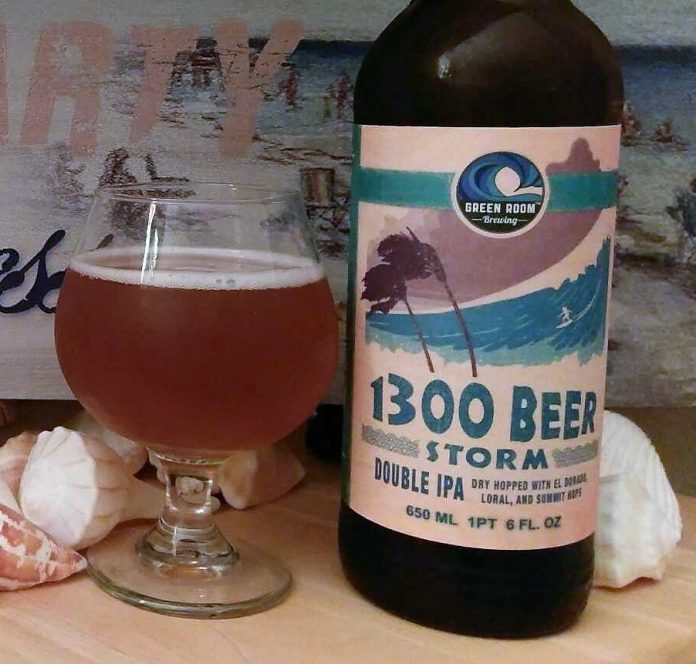 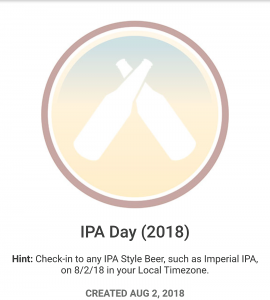 What are you thinking of right now? Of course it’s the IPA! Happy IPA Day: Thursday, August 2. Whether you like yours hazy or super hoppy, there’s an IPA for you. Get out to your local Jacksonville-area brewery today, and enjoy an IPA! (Oh, and by the way, Green Room Brewing, Jax Beach, releases its 1500 Beer Storm today, beginning at 4pm.)

Get ready for some serious hops on August 2. In case you’re badge-hunting on that omnipresent beer tool Untappd, yes, there’s a badge for that!

Keep reading for background info about hops and the IPA.

Thirst for the hoppy flavors produced by the lupulin glands of the humulus lupulus cone has grown steadily since the 1980’s. Seemingly, there’s no apparent boundary, other than creativity of brewers, when it comes to ingredients and willingness to stretch the limits of the IBU (International Bitterness Units) scale (there’s a “general” threshold of 100 IBUs?). While hops are usually found in the US in the Pacific Northwest, they’re even producing them in Florida now. Hops, which grow on bines (no typo, that’s with a “b”), are quite versatile. Not only do they serve as preservatives and anti-microbial agents, they provide aroma and bittering flavors in beer, depending on the alpha and beta acid content. In addition, they also have medicinal qualities and yield a “soporific” or sedative, relaxing effect. So, there’s something to be said for relaxing with a beer! And, yes, Humulus is part of the Cannabaceae family, which includes Cannabis (that’s all there is to say about that here).

There’s even some history. The IPA (India Pale Ale) has its origins in Britain, and it didn’t start out with that style name. In the late 1700’s and early 1800’s, on the heels of the spice and textile trade in India, British exporters sought to send pale ale to nationals and troops there. So that the ale could be preserved and retain its flavor during the lengthy five-to-six-month boat voyage from Britain to India, brewers added extra doses of hops to the ale. In the early 1800’s, one of the local British brewers, Hodgson, formulated his beer specifically with this extra-bittering effect in mind after reading reviews and feedback from the India customers. As British subjects then returned from India, Hodgson sold his beer in Britain, and in the 1830’s the name “India Pale Ale” was used to describe the style. (While Hodgson is largely credited with the creation of the IPA, there is some debate on that point; it could be said that he marketed it.) Although the popularity of the style subsequently declined, the craft beer revolution of the 1980’s revived the IPA, with hopheads everywhere rejoicing ever since.

Stylistically, IPAs are distinguished by particular category (see, 2015 BJCP Style Guidelines). Take the English IPAs and American IPAs. The flavor of the English variety tends to be more on the spicy, or even woodsy, side, from the English hops (yes, go ahead and say it: “Fuggle”), with IBUs in the range of 40-60 and ABV at 5-7.5%. The American versions tend to take it a step beyond, coming in at around 40-70 IBUs, and 5.5-7.5% ABV, with aromas and flavors decidedly hoppy and bitter – even intense. The American hops generally yield flavors of citrus, floral, pine, spicy, tropical, fruity. And, let’s not stop there, because the BJCP Style Guidelines further categorize Specialty IPAs: Belgian IPA, Black IPA, Brown IPA, Red IPA, Rye IPA, and White IPA. Each of these has specific nuances and profiles deriving from the ingredients used during brewing. But, we can take this IPA journey even further, as in Double (Imperial) IPA, the big boys of IPA, weighing in at 60-120 IBUs and 7.5-10% ABV. Yes, there are even such things as Triple IPAs. If these IPAs are a bit too heavy or strong, you’ll find the “Session” IPAs on the other side of the scale, with an ABV of between 3-5% (named because they’re designed for consuming more than one in a “session”). 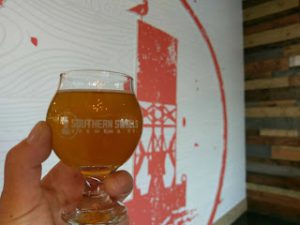 What about those hazy IPAs taking the country by storm? The Brewers Association formally recognized them as styles earlier this year, and the BJCP has added the New England IPA as a provisional style, following the adoption of the 2015 guidelines.

No matter which style of IPA your taste buds crave, there’s no denying that the IPA has soared in popularity. At the 2017 Great American Beer Festival, there were 408 entries in the category of American Style IPA. Cheers to the IPA.