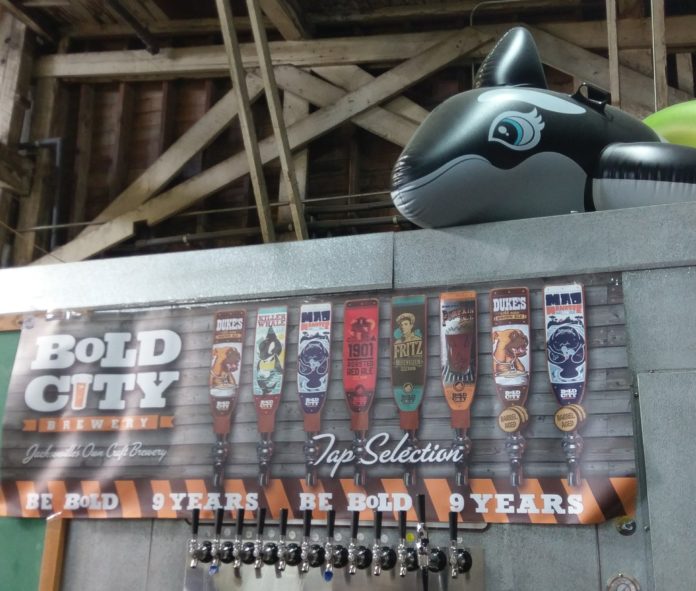 Fall is in the air, and pumpkins are everywhere! Halloween is creeping in. The Jacksonville area craft beer scene has it all this coming weekend, from Thursday through Saturday, October 18-20.  The weekend also features two local brewery anniversaries. There’s something for everyone!

Thursday: Annual Pumpkinpalooza at Engine 15 Brewing, Jax Beach. If you like pumpkin beers, this is for you! The event features a collection of pumpkin beers, including a house-brewed Engine 15 Cinotti’s Pumpkin Donut Ale. The night also features pumpkin food specials.

Saturday’s lineup of local beer events has things covered on all ends of town!

Bold City Brewery marks its TENTH year with a big anniversary bash at the Rosselle brewery. Where else can you get $2 pints? The Bold City Brewery family knows how to throw a party. Well, they’re been doing it for a while! Music by Bold City Bandits, Ginger Beard Man, and Firewater Tent Revival. Raffles for free beer for a year and growler refills. They’ll also release Bourbon Duke’s Brown Ale, also for $2 per glass. And, there’s a special commemorative giveaway planned. Congrats to the Miller family on 10 bold years!

Be sure to check out these events, additional local events, and roadtrip, beertrip, and beerfest events around the state on brewnymph.com!

Cheers to the weekend!