$10,000 for Epilepsy Foundation of Florida

“This is the first time I have been back to THE PLAYERS Stadium Course at TPC Sawgrass since winning in May,” said Kim. “It’s great to have the opportunity to come here today and help these charities try and earn money for their organization.”

Results for the shootout are as follows:

The PGA TOUR FAN SHOP at the Nicklaus Gate has been redesigned and expanded to more than 21,000 sq. ft. and includes new and exclusive gear including specialty t-shirts and custom logoed headwear for THE PLAYERS 2018. The PGA TOUR FAN SHOP features an expanded Kids Area with toys, apparel and headgear for kids of all ages, a limited-edition PLAYERS Iconic Gold Swinging Golfer shop, extensive headwear options and a special section for Championship Sunday’s Pink Out.

“For years, THE PLAYERS has incorporated local businesses and restaurants into the tournament,” said Rice. “The limited-edition Flomotion collection furthers our commitment to highlight ways our region is unique – and will only be available for purchase at the tournament. Ehe pieces will include a variety of t-shirts and hats and will only expand what The PGA TOUR Fan Shop has to offer our guests”

The Bier Garden presented by Hoptinger

New in 2018, THE PLAYERS will feature a Bier Garden adjacent to the Couples Gate, presented by Hoptinger, in the old Courtyard location. Spectators will have a variety of brands and flavors on tap to choose from.

“The craft beer scene continues to expand both nationally and within Northeast Florida,” said Rice. “The creation of this fan venue was necessary to keep up with the evolving consumption trends of our spectators. This open-to-the-public Bier Garden presented by Hoptinger will be another destination for fans to enjoy the tournament in area constructed with their individual tastes in-mind.

The Family Care Suite Presented by Baptist Health is a new initiative for THE PLAYERS Championship in 2018. The Family Care Suite will extend their services to attendees of THE PLAYERS, with the venue serving as a skin screening center for healthy skin, as a comfort station for mothers and fathers to care for their babies and as a private, comfortable venue during tournament week.

“In 2017, more than 40 percent of THE PLAYERS ticket purchasers were female, a buying trend we believe will continue to grow as the sport’s popularity rises,” said Rice. After the 2017 tournament, our team analyzed THE PLAYERS product and realized one of the things we were missing was a private space for nursing women. In collaboration with Baptist Health, we have created The Family Care Suite which will provide skin screening on one side as well as a comfortable venue for mothers.”

Media Day concluded in the TPC Sawgrass clubhouse where Kim donated his driver, an instrumental club to his win at THE PLAYERS in 2017. He made par on the 14th hole during the Saturday round last year, hitting driver off the deck from 270 yards onto the green. Every historic champion of THE PLAYERS has donated a club to the display at TPC Sawgrass. Following the club donation, Kim and unveiled his signature menu item, Si Woo’s Kimchi Short Ribs, which will be served on the menu in Nineteen at TPC Sawgrass for a limited time.

“I got the opportunity to meet Chef Mohammad this morning and taste the signature dish,” said Kim. “I just love it. I hope they will be a hit on the menu here at the clubhouse.”

About THE PLAYERS Championship

THE PLAYERS Championship annually combines the best field in golf with the world-class venue that is THE PLAYERS Stadium Course at TPC Sawgrass. Grant Thorton LLP, Optum and Morgan Stanley are the exclusive Proud Partners of THE PLAYERS. Proceeds from THE PLAYERS benefit Northeast Florida charities and have totaled more than $92 million since the event moved to Ponte Vedra Beach in 1977, including a record $8.7 million generated in 2017. In April 2011, THE PLAYERS announced a new charitable focus, committing to generate $50 million for youth-related charities over 10 years. For more on THE PLAYERS and the surrounding area, visit THEPLAYERS.com or floridashistoriccoast.com. 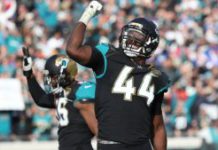 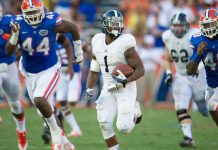 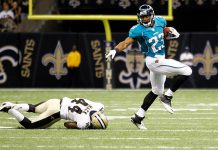 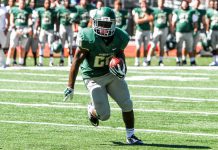 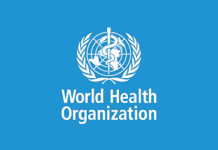 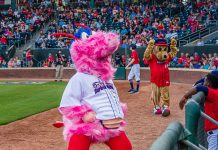 “Around Town – Orange Park” Makayla Buchanan from the Clay Education...