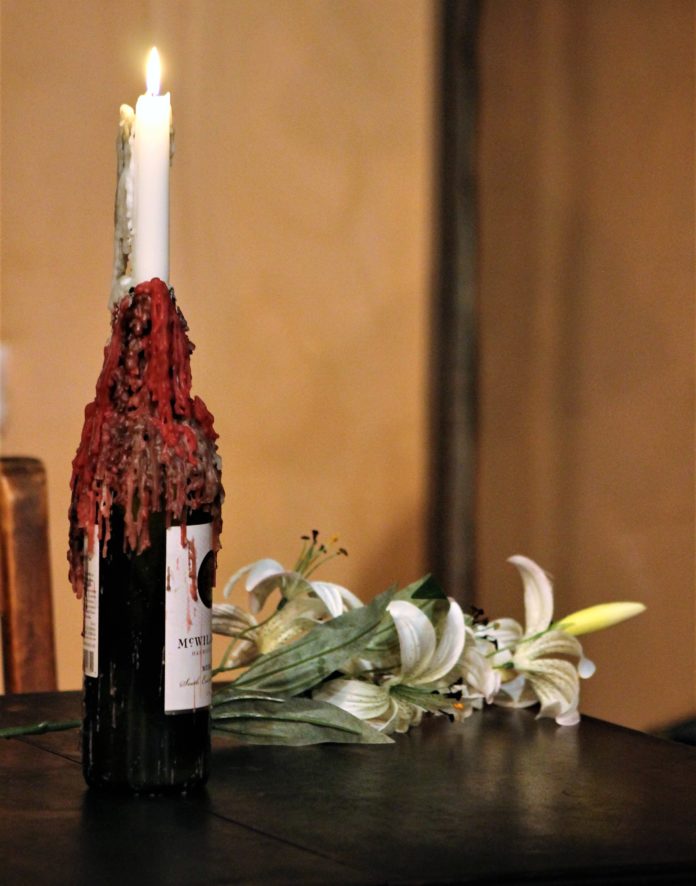 The All Beaches Experimental Theatre is presenting the photography of Susan Roche in its lobby gallery from Jan. 25 to Feb. 10, coinciding with the run of the musical, The Robber Bridegroom.

Roche, who has served as ABET’s house photographer and videographer for the past eight years, has captured many striking theatrical moments in more than 50 productions. She has chosen a dozen of her favorites for display in ABET’s lobby gallery. The exhibit is a celebration of theatrical arts, showcasing how theatre photography transcends its marketing and documentary functions to become an art in itself.

Roche’s work requires skill and concentration, working in almost total darkness with no flash and following constantly-moving action. Roche photographs during dress rehearsals and only has one chance to get it right. 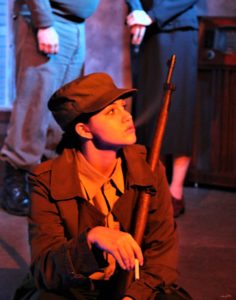 “The first time I see the show is when I have a camera in my hand,” she says, “so I’m having to anticipate what might happen on stage.”

Her own experience as an actor serves her well. She understands performance space, stage lighting, and the rhythm of a scene. She is especially sensitive to what is happening on the margins of a scene. Details like the reaction of an ensemble actor, the way light strikes a prop, or a momentary juxtaposition of color may create a compelling image that makes an artistic statement on its own.

Roche strongly believes in remaining truthful to the show’s aesthetic intention, so she doesn’t retouch her photos. Dark, atmospheric lighting isn’t brightened to make a “prettier” picture. Her photographic mastery is informed by her love of theatre and her respect for those who devote their time and talents to it.

In addition to her photographic skills, Susan performs as an actor, singer and musician. She has appeared in numerous productions at ABET and is currently in rehearsal for The Bridges of Madison County at Players by the Sea.